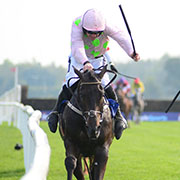 Ireland’s most prestigious handicap chase used to be a punters’ race up until 2006 as only one winner in the previous 20 years had started any bigger than 14/1 (17 of which started in the first six in the betting) but winners had been mighty hard to find in the next ten years so it was a welcome sight for many punters when the novice, Our Duke, obliged as the 9/2 favourite three years ago becoming the second outright favourite to win since Omerta in 1991 and then another novice, Burrows Saint, won as the 6/1 fav last season. Six of the last 12 winners were novices.

As far as age is concerned, since Flashing Steel won 25 years ago at the age of ten, no winner had been aged older than nine until up until Lion Na Bearnai’s surprise 33/1 success eight seasons ago as a ten-year-old novice which was then immediately followed by another shock success for a ten-year-old when Liberty Counsel won at 50/1. Liberty Counsel was also putting an end to the run of eight straight victories for first or second-season chasers. The last winner aged 11+ to win was Mudahim in 1997.

Ten of the last 22 winners carried no more than 10st 1lb so do not be afraid of supporting horses running from outside the handicap like four of the last 14 winners.

Returning to Flashing Steel, since he won under 12st back in 1995, horses carrying over 11st have struggled with only Bobbyjo coming out on top until Our Duke winning off 11st 4lb in 2017 - the highest weight carried to victory in the last 24 years. Up until his victory, only three horses carrying over 11st had even hit the frame in the previous ten years (they have been heavily outnumbered in fairness with approximately 15% representation) and ten of the last 22 winners carried no more than 10st 1lb so do not be afraid of supporting horses running from outside the handicap like four of the last 14 winners.

Gigginstown House Stud won back-to-back runnings with Rogue Angel in 2016 and Thunder And Roses who led home a 1-2-4 for them in 2015 and they recorded their fourth win in the race two years later with General Principle having also taken the 2008 running with Hear The Echo. They ran a dozen last year but the best they could manage was sixth.

The Brits had never won the Irish Grand National until Rhyme 'N' Reason took the race as a novice in 1985 for David Murray-Smith. Since then Desert Orchid, Omerta, Mudahim (all 11-year-olds), Granit d'Estruval, Butler’s Cabin, Niche Market and Shutthefrontdoor have come out on top for the top for the raiding party so it's been a pretty good return. Four of Jonjo O’Neill’s last eight runners have either won or placed.
No one will ever surpass Tom Dreaper however who won this handicap on ten occasions including for seven consecutive years between 1960-1966 which included successes for Arkle and Flyingbolt. Willie Mullins finally got the monkey off his back last season and how with a 1-2-3-5. He had previously yet to win from 31 runners so was ending that hoodoo in style.

In victory 14 seasons ago, Numbersixvalverde was completing the Thyestes-Irish National double and was one of four horses in the last 21 years to have run in that competitive Gowran Park handicap. Just shading the Thyestes as a guide, however, is the Paddy Power Chase at Leopardstown's Christmas Meeting as six of the last 22 winners contested that prize. The 2006 Irish National winner, Point Barrow, ran in both races.