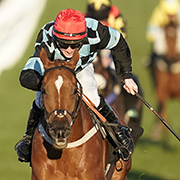 A handicap it may be but six of the last 17 winners have gone on to start in the first three in the betting for the Champion Hurdle four months later. In fact, three Champion Hurdle winners since 1997 contested this handicap with Celtic Shot and Rooster Booster completing the double whereas Make A Stand made dramatic improvement in the following months having only finished fifth to that season’s Champion Hurdle third, Space Trucker, in the 1996 renewal. The 2017 winner, Elgin, progressed to finish fifth in the Champion Hurdle whereas Silver Streak went two positions better having placed in both races last season.

Nietzsche was a surprise 20/1 winner last season but the Greatwood Hurdle has been a good race for trends followers and a more than decent race for punters with five winning favourites in the last 20 years and just five winners were sent off at any bigger than 10/1 since Mr Percy in 1997 and three of those were trained by Paul Nicholls. In fact, the 1-2-3-4 in 2017 started no bigger than 10/1 a year after the front two in the market finished 1-2.

Rooster Booster and Khyber Kim have proven that real class tells in this handicap regardless of age being the only winners aged over six in the last 23 years as they went on to win and finish second in that season’s Champion Hurdle which demonstrates how hard a task it can be for the more exposed campaigner. Therefore the percentage call has to be ally yourself to a younger campaigner and five-year-olds have much the best record winning 12 of the last 21 renewals from approximately one-third representation. Four-year-old hurdlers supplied the 1-2 four years ago after being responsible for the 1-3-4 the previous season so also respect last season’s juvenile crop. Basically, stick to four and five-year-olds, innit.

This race has had five winning favourites in the last 20 years and just five winners were sent off at any bigger than 10/1 since Mr Percy in 1997 and three of those were trained by Paul Nicholls.

The top weight has won four of the last 18 runnings and, even when unsuccessful, the best horse heading into the race has finished placed on seven occasions in the last 13 years. Twelve of the last 18 winners were officially rated 140+ which is good going given they have been readily outnumbered to tune of approximately 3:1 during that time span, though surprisingly in retrospect, one of those that did not was the race’s classiest-ever winner, Sizing Europe, who was rated 137 at the time of his victory. A point not to be underestimated is that six of the last 15 winners ran at Grade 1 level on their most recent start underlining the class factor again.

No individual race stands out as a strong guide but three of the last 17 winners won at the previous spring’s Cheltenham Festival; Rooster Booster took the County Hurdle, Detroit City the Triumph Hurdle and Menorah entered the race as the reigning Supreme Novices’ Hurdle winner. It is also worth bearing in mind that eight of the last 14 winners were handicap debutants over hurdles.

Philip Hobbs likes to aim his best hurdler at this handicap having won it with Rooster Booster, Detroit City and Menorah who all started at no bigger than 9/2 to win the Champion Hurdle later that season. All three of Paul Nicholls’s winners were relative surprises and he has also saddled the runner-up twice in the last seven years and the third for the last two years. The Pipe stable won this race on four occasions between 1990-2001 and David then took the honours with Dell’Arca.

Also note any Alan King-trained contenders. In addition to Elgin winning in 2017, five of his last other 14 contenders have placed and just four of those finished out of the first six. Brian Ellison is another name to respect having trained the second, third, fourth and fifth in the last ten years and he finally bagged the big ‘W’ when Nietzsche took last season’s prize. Gary Moore is noted for his big two-mile handicap hurdle record and has saddled a winner and two placed horses in the not so distant past.