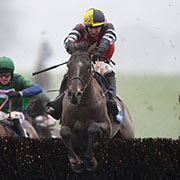 The Coral Welsh Grand National remains the big betting race over Christmas but that was not always the case as it formerly took place in February in the 1970s and over Easter in the 1960s. The winner has gone on to win the Cheltenham Gold Cup in the 1980s (Burrough Hill Lad), 1990s (Cool Ground and Master Oats) and since the turn of the century (Synchronised). The future blue riband winners aside, it is more widely regarded as better guide to the Randox Health Grand National. Corbiere (1982/82) and Earth Summit (1997/98) completed the double in the same season whereas Rhyme ‘n’ Reason (1987/88) and Party Politics (1991/92) both went one place better at Aintree than at Chepstow. Silver Birch also went on to win the Grand National two seasons after his success in 2004.

Recent course form has been a big positive as 15 of the last 29 winners were given some match practice at Chepstow earlier in the same season and the 2017 winner, Raz de Maree, had finished runner-up in the previous season’s Welsh National. Last season’s winner, Potter’s Corner, limbered up over hurdles at the course three weeks earlier when winning that prep race over timber. Eight of those 15 winner ran in the Rehearsal Chase which was moved to Newcastle in 2005 so the Chepstow factor should in theory not be as important but, still, seven of the last ten winners had won at Chepstow before so course form remains highly significant, be it this season or in the past.

I am usually against the Ladbrokes Trophy form in the Welsh National as we had to go back to 1987 to find the last winner to run in that Newbury handicap including 12 favourites or second-favourites as horses to run well there on usually-testing ground find it hard to recover in time for another brutal test a month later. However, Colin Tizzard has cracked the Welsh National twice in the last three years with horses that finished in the first two at Newbury. Native River completed the Newbury-Chepstow double four years ago thus emulating Playschool but he was a Gold Cup winner in waiting who was 8lb ‘well in’ even after his penalty so was prepared to treat that as a one off. However, his stablemate Elegant Escape went one place better here than in the Ladbrokes Trophy the following season.

Two six-year-olds fought it out two years ago but it could not have been any more different the previous season as it was two 13-year-olds that finished first and second. Prior to that edition only two winners were aged 10+ since Rag Trade in 1976, the dual winner, Mountainous, and Riverside Boy in a particularly poor renewal featuring just eight runners of which six were running from outside the handicap and half were fast approaching veteran status.

Winners from outside the handicap are not uncommon though and Mountainous became the latest seven years ago winning being 5lb wrong at the weights. After a spell when higher-weighted horses started to perform with much more distinction (three winners between 2006-2010 carried 10st following on from nine straight years of winners carrying under 11st, three of the last nine winners have carried no more than 10st 1lb.

The Lee family have won three of the last nine runnings, two for Richard and one for Kerry Lee in her debut season holding the licence four years ago. Venetia Williams has twice been successful and Paul Nicholls has won this slog twice including saddling a 1-2-3 in 2005. He has come very close twice since supplying the runner-up in photo finishes plus an additional second and third last season with Truckers Lodge and Yala Enki. Jonjo O’Neill has also landed the spoils twice since the turn of the century for J P McManus. The Irish have won two of the last 12 runnings.

The Pipe team were dominant in this race winning five times in six seasons during the late-eighties and early-nineties but their touch in this contest appears to have deserted them having supplied just three placed runners from their last 41 contenders, though one of those was Ramses De Teille who finished second two years ago. Northern raiders have also failed to come to terms with this race of late. Their last winner was the Monica Dickinson-trained Righthand Man back in 1984 despite sending down plenty of leading fancies including four beaten favourites. The Christian Williams-trained Potter’s Corner was giving Welsh-based stables their first success since 1965.

The Welsh Grand National used to be a strong favourites' race with the market leader scoring six times between 1988-1994 but just three of the last 23 market leaders (Silver Birch, Native River and Elegant Escape) has justified such market support. That said, Synchronised and Halcon Genelardais were long-time ante-post favourites only to be replaced as market leader on the morning of the race and the only three semi-surprises in the last 40+ years were the successes of Earth Summit (25/1), Dream Alliance (20/1) and Mountainous (20/1).