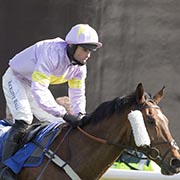 Novices have to be respected, especially after a 1-2 three years ago but, like every other generation, they were denied the chance by Covid-19 last season.

Two years earlier Vicente contested the National Hunt Chase for novices prior to his first victory as did the 2013 winner, Godsmejudge, plus the 2011 victor, Beshabar, so that amateur riders’ race has been a significant guide of late. All three finished in the first five in the novices’ chase at the Cheltenham Festival. In addition, two first-season chasers dominated the 2005 running when Joes Edge beat Cornish Rebel and five years earlier Paris Pike was another successful novice. Nigel Twiston-Davies has twice won the Scottish National with novices, Captain Dibble and Earth Summit, and in 2018 his Ballyoptic was just a nose away from making it three. Another novice under his care, Sweet Duke, also finished second. Earth Summit is the only horse aged under seven to win since 1932.

Clearly getting into a good rhythm up front counts for plenty and carries more importance than for weight carried for example as there are no significant weight-carrying patterns.

Those aforementioned Twiston-Davies successes were achieved during the 1990s but he added a third victory with Hello Bud who made all in 2009 to confirm his status as a trainer very much to bear in mind for future Scottish Nationals. Underlining this point, his Cogry and Benbens finished second and third in 2017. In fact, 50% of his last 18 runners have either won or made the frame. Impressive for such a competitive handicap.

Alan King has registered a winner and four places from 13 starters which also very much catches the eye. Philip Hobbs should also be noted as five of his last 15 runners have hit the frame. This has not been a successful race for Nicky Henderson being 0-18 during his career.

Vicente followed up his 2016 victory by winning back-to-back Scottish Nationals in 2017 giving Paul Nicholls his third victory in Scotland’s biggest race. With a little more luck he could have trained five winners as Cornish Rebel and Ladalko were both only beaten a short head.

In addition to Hello Bud making all in 2009, in-running punters should note that Hot Weld did likewise in 2007, Grey Abbey achieved the same feat in 2004 and Beshabar took up the running as early as the seventh fence of 27 nine years ago. Clearly getting into a good rhythm up front counts for plenty and carries more importance than for weight carried for example as there are no significant weight-carrying patterns with horses winning from all over the handicap in recent seasons including top weights and even a horses racing from as much as 26lb out of the handicap.

Some will look to horses that contested the Randox Health Grand National and especially those who ran prominently at Aintree. Only Red Rum has completed the double in the same season in the long history of the Coral Scottish National which was first run in 1858. Ayr has been its home since 1966 having previously been hosted at Bogside. Fewer horses attempt to run in both races these days and it is notable that the most-recent four placed horses at Ayr that ran in the Grand National failed to complete at Aintree ensuring they did not have as hard a race as the finishers.

Vicente became the first Scottish National winner four years ago since Little Polveir in 1987 to run in the Grand National but, significantly, he got no further than the first fence so he wasn’t able to leave his race behind at Aintree. Auroras Encore was the last Grand National winner to attempt the double after winning at Aintree but his exertions from a fortnight earlier took their toll and he was pulled up. Just four horses have finished in the first four in the Scottish National that ran in the Grand National in the last 22 years.

The Betfred Classic Chase at Warwick has been a fair guide featuring four winners since 1996 but the Grimthorpe Chase is also of note and especially the winner as four of the last six winners at Doncaster to run here finished in the first three including the 2015 surprise Scottish Grand National winner, Wayward Prince.