Winner of most recent renewal: Talkischeap 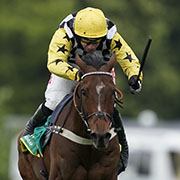 Abandoned last season due to Covid-19, over 30 years have now passed since the last outright favourite won, Mr Frisk back in 1990, though Beau was co-favourite of three when he slaughtered his field, and we have had seven 14/1+ winners in the last 16 years.

The Ultima Business Solutions Handicap Chase run on the opening day of the Cheltenham Festival has been a good guide. Ignoring the abandoned Festival in 2001, as many as ten of the last 27 horses to pass the post first in the bet365 Gold Cup, including two subsequently disqualified ‘winners’, ran in that staying handicap at the Festival. In fact, 11 of the last 19 winners ran at any race at the Cheltenham Festival but beware winners at that meeting taking their chance here as the last 27 to try have all been beaten.

Tidal Bay put up a tremendous performance to win by 15 lengths nine years ago off 11st 12lb, particularly as no winner had previously carried more than 11st 5lb since Life Of A Lord in 1996, indeed only two had even carried over 11st (Puntal and Lacdoudal). Furthermore, of the last 29 winners, 14 were saddled with no more than 10st 4lb.

Novices are on a hat-trick following wide-margin success for Step Back who made most to coast home by 14 lengths and Talkischeap who could be called the winner from some way out and strolled to a 10 lengths’ success. Hennessy was the previous novice to win in 2009 preceded by Puntal who cut out virtually all the running to score for first-season chasers in 2004 following up Beau's record 44 lengths’ winning margin in 2000 and Bounce Back's clear-cut success two years later.

Grand National runners fare better here than they do in the Scottish National (three have won times since 1996 though two unseated their rider so were spared the full race distance at Aintree) and, of course, Mr Frisk completed the double in 1990. Unsurprisingly given the extra time that they have to recover. However, given a choice, I would prefer the Scottish version as a guide to this handicap than the Aintree National. Poker De Sivola may have only got as far as the eleventh fence up at Ayr on his previous start nine years ago but he bounced back to win here, Hot Weld followed his Ayr success up here ten years ago and Ad Hoc went one place better than when second in the Scottish National in 2001.

Philip Hobbs has the best very recent record of home-based trainers having won with Lacdoudal and Monkerhostin and he has saddled five more placed runners since then but over a longer period of time he trails Paul Nicholls by two following successes for Tidal Bay and Just A Par in the last nine years as the former champion trainer had previously twice taken the prize home with Ad Hoc. Just A Par got within a short-head of recording back-to-back successes in this race five years ago just failing to emulate the likes of Larbawn and Topsham Bay.

Diamond Edge and Ad Hoc were also dual winners but not in successive seasons so it is worth considering horses who have performed very well in the race before. In fact, the 2019 second and third, The Young Master and Step Back, had won the 2016 and 2018 runnings.
The Irish endured a terrible run with over 30 years without a winner since Arkle in 1965 but three wins since 1996 courtesy of Life Of A Lord, Jack High and Church Island is a more than a fair return given they are sparse with their raiders.

This isn’t quite the race as in years gone by so, as the quality of the race diminishes, this has opened it up more to give the older horses a better chance. For example, only Life Of A Lord won aged in double figures during an 11-year span between 1991-2004 but three of the last 14 winners were 11-year-olds.